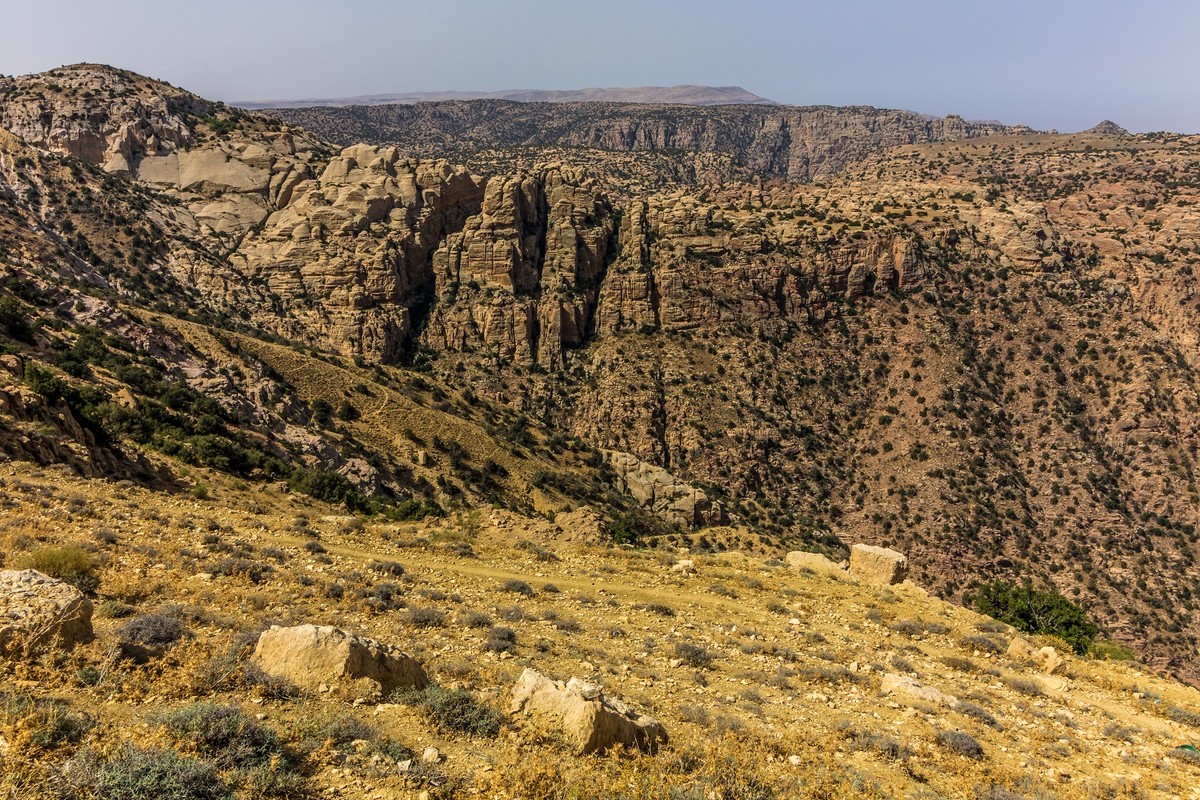 Despite its modern association with racial politics, the term Lebensraum was actually first used in a classic biological sense in the 1890’s by the renowned Leipzig University geographer Friedrich Ratzel (1844-1904). Notwithstanding his earlier attempts at launching this theory, he published his most convincing arguments in a 1901 essay called Der Lebensraum. Ein biogeographische Studie. Ratzel presented his idea of Lebensraum as a uniform factor underlying biological change and the relationship between living species and their environment. He defined the concept as the geographical surface area required to support a living species at its current population size and mode of existence. The borders of such an area were relative to its members’ metabolic requirement and environment and would expand as the population grew.

This, of course, sounds initially very biological in nature, and might sound reminiscent of the scientific term habitat, used to denote the natural environment of fauna and flora. However, the term Lebensraum is very relevant for the study of human growth and decline when considered from a socio-cultural anthropological lens. Ratzel, a staunch German and veteran of the Franco-Prussian war of 1870, expanded on his theory to include mankind itself, undoubtedly the most powerful and expansive of all earth’s creatures. Woodruff D. Smith explains in his Friedrich Ratzel and the Origins of Lebensraum (1980) that Ratzel thought of the political state as simply the result of a particular people’s adaptation to an environment. Ratzel considered culture to be the prime means of adaptation, expanding the term to include technology, intellectual traits and social organization. The form that the state or culture took was therefore shaped by the relationship to Lebensraum and the struggle for it.

Contrary to popular belief, race actually played a minor role in Ratzel’s theory, and he referred to the inhabitants of any given Lebensraum simply as Volk, a cultural entity native to a specific region and its environment. It’s safe to say that Ratzel did not believe in the existence of a people with an absolute racial purity, and he argued that most Völker were actually racially mixed due to historical migrations. Culture was the foremost tool he used to differentiate between the different Völker of the world. If you’ve read my piece on theo-nationalism, you’d notice several similarities between Ratzel’s explanation of Volk and how we perceive ourselves as Sunni Muslims, i.e. a religious entity transcending the bounds of ethnic and racial identity and sharing a common cultural and historical Volksgeist. If we consider the Sunni Muslims to be a Volk according to this definition, the logical next step would be the existence of a required Lebensraum each Volk is supposed to have. We do have such a homeland, albeit a non-existing one which we vehemently long after inside our hearts and minds. A sacred land which is the subject of many of our most intimate and emotional songs, hymns, books and struggles. A land we collectively know as Dār al-Islām (the Realm of Islam).

The concept of Dār al-Islām isn’t strange within the history of human patriotism. It’s a concept the Germans called Lebensraum, the Italians spazio vitale, the Americans manifest destiny and the Japanese hakkō ichiu. A socio-cultural homeland required for a Volk to be able to thrive in, to grow, develop and interact with. A land worthy of a man’s most fierce emotion: patriotism. The Sunni Volk requires such a land to call theirs. It doesn’t necessarily need to be a single state or political entity. But at least a piece of the world any Sunni, regardless of his origins or ethnic identity, may lay claim on and consider it his home. The reason for this is quite simple: We require it. We need it if we want to completely live up to our Sunni Muslim identity.

To put it quite frankly, there is no true Islam without its geographical manifestation through Islamic governance and the sharʿī rule of law. Egyptian author and theorist Sayyid Qutb (1906-1966) said in his famous al-Maʿālim fī al-Ṭarīq (1964): “There is no Islam in a land where Islam does not govern.” According to Qutb, every other society than the Muslim society is jāhilī (ignorant of God’s Mercy, which is Islam). He states: “Throughout every period of human history the call toward God Almighty has had one nature. Its purpose is Islam, which means to bring human beings into submission to God Almighty, to free them from servitude to other human beings so that they may devote themselves to the One True God, to deliver them from the clutches of human lordship and man-made laws, value systems and traditions so that they will acknowledge the sovereignty and authority of the One True God and follow His law in all spheres of life. The Islam of Muhammad was for this purpose as well as the messages of the earlier
Prophets. (…) It is necessary that God’s  authority be acknowledged as the law-giver for human life. Man should not cut himself off from this authority to develop a separate system and a separate scheme of life. The growth of a human being, his conditions of health and disease, and his life and death are under the scheme of those natural laws which come from God Almighty.”

Do we not recognize this requirement, this need, when we witness the increasing degradation and decadence of the societies we Muslims became part of, pointlessly seeking to substitute these societies with our own lack of Islamically governed societies? To fill the dark hole in our heart with the semblance of a self-proclaimed Muslim community, albeit surrounded by layers upon layers of jāhiliyya? If we are to survive as a people in this fickle and hostile world, we will need Islamic patriotism to rally around when facing existential threats. Without a theo-nationalist driven patriotism, we are doomed to melt away scattered and dispersed across the world. Without a homeland, however, no such patriotism is possible. The existence of the one necessitates the existence of the other.

Scottish anthropologist Arthur Keith (1866-1955) argued that even the most primitive communities of mankind had developed a bond of affection between members of the group and their native home territory, anchoring the group to its homeland (Lebensraum). He called this affection patriotism in his A New Theory of Human Evolution (1948), and proceeded to describe it: “The homeland may be bare and barren, but in the eyes of the native, patriotism turns it into the best and most desirable of all lands. The alchemy of love, working in the fevered brain of Don Quixote,  turned a plain country wench into a princess. The more a man loves a thing, the more he is ready to defend it, to fight for it, and, if need be, to sacrifice his life to save it. Thus is the territory of a group safeguarded and and the integrity of the group preserved. Patriotism provides the group with a mental armor for the defense of its homeland.”

I admit that our situation today is vastly different from our situation a century ago, when the title of caliph was officially abolished. Muslims have migrated to the four corners of the world, have made these lands their new homes, raised their kids who grew up there and have successfully established their livelihood. People have converted to Islam, from Japan to the United States of America, never having set foot in any of the Muslim majority countries. This reality, however, doesn’t contradict the requirement for a Sunni Lebensraum and theo-nationalist patriotism. To the contrary, it lies within the essence of being a Sunni that one should hold a strong love within his heart to these lands, as far away as they might seem. These are the lands fructified with the blood of our Sunni martyrs and the ink of  our Sunni scholars. The mosques built by the bare hands of our Sunni ancestors. The air still humming by many centuries of public calls to prayer and cries of the takbīr and the shahāda. Every Sunni requires this land to be completely subjugated to God, to complete his or her ultimate symbiosis with the faith.

Truth be told, it is difficult to balance between the so-called mahjar (diaspora) and the Dār al-Muslimīn, Muslim majority countries. Which one should hold our preference? In all fairness, it remains necessary for the Muslim communities in non-Muslim countries to invest in its development, infrastructure, youth and education. But it is equally important that we do not forget our geo-religious roots, and the need for a Sunni Lebensraum which we can rally around when the need arises, lest we become homeless and helpless when driven away from one’s newly found home. It is imperative that we focus on Muslim majority regions and turn around their dire and abysmal state. That we invest in Muslim companies, support Muslim tourism and invest our zakāt, fidya or kaffāra in honorable and trustworthy local projects.

Collaborating together on collective initiatives, even as simple as building wells, appropriate housing and basic infrastructure, can ultimately go a long way for the liberation of the Muslim majority from the shackles of corruption and oppression. It should go without saying that working together towards the improvement and progress of our historical homeland is something long overdue and invaluable to ensure our relevance in this world. By removing the corruption and secular evil from our lands, we might be able to grasp a glimpse of a once glorious Dār al-Islām.

Ultimately, Muslims across the world might think of migrating to our Sunni Lebensraum as the ultimate step towards the unification between our Muslim body and the Islamic soul of our lost homeland. Migration is never an easy step, and must follow only after appropriate contemplation and necessary funding. To leave behind the country you grew up in might seem like a huge burden, but when we look at the future it could ultimately be worth it. Keith (1948) states: “Every social group, whether simian or human, is a school in which the young absorb the traditions, the customs, the habits, the prejudices, and modes of behavior of the group. A child sees the group spirit at work as it grows up, and accepts a clannish behavior as part of its heritage.”

This is something we mustn’t deprive our children of by raising them in non-Islamic societies. We should instead do everything within our possibility to grant them the chance of growing up in, who knows, Dār al-Islām.

Omer Sayadi (*1993) is a former student of the Catholic University of Leuven with a special love for the Middle East and North Africa. After receiving his Master’s degree in Arabic Language and Islamic Studies, he has worked, written and researched on the region, which resulted among other things in the creation of MENAsymbolism.