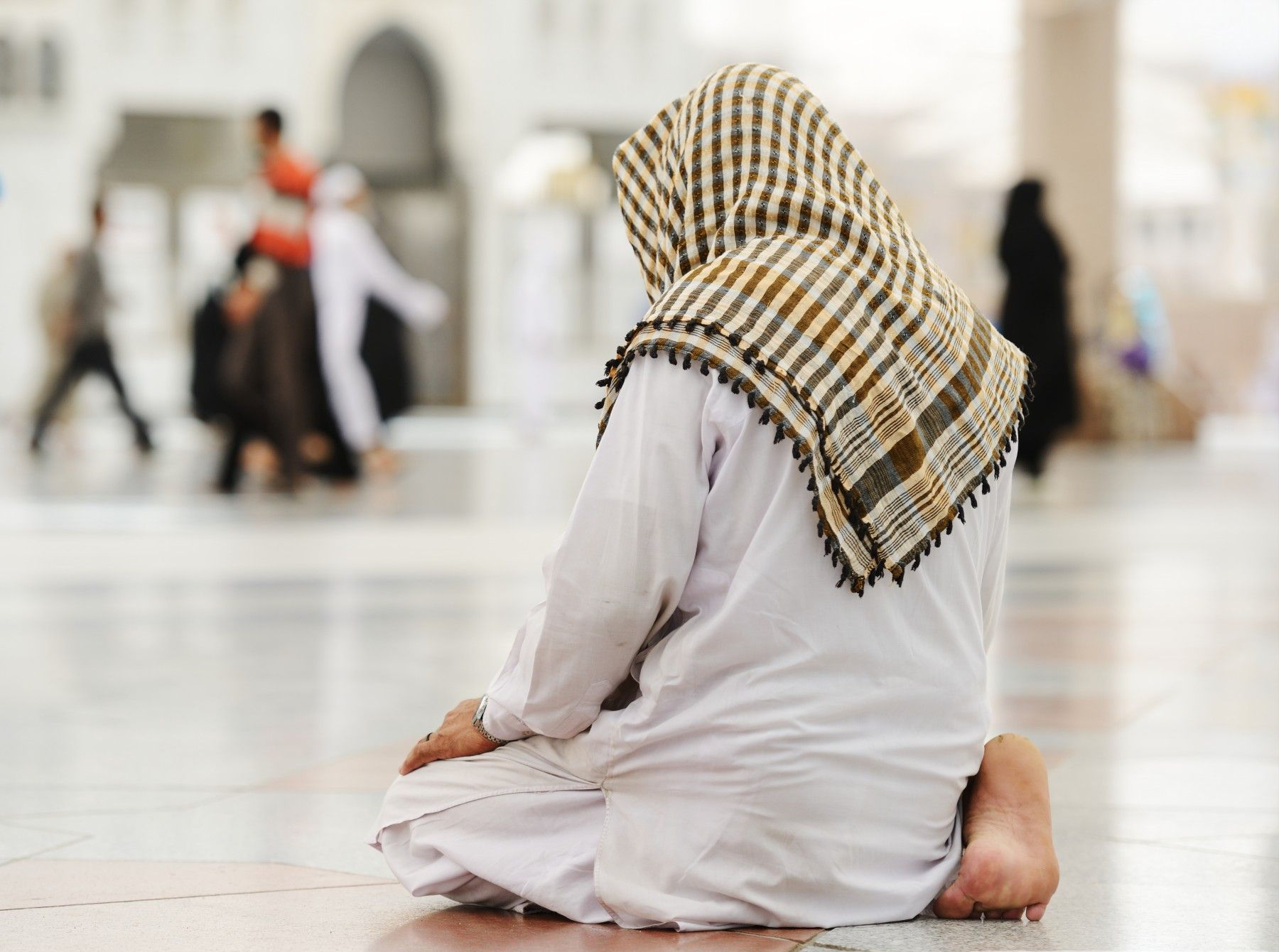 Fear is a bad adviser. Contemporary Europe, once renowned for its insistence on freedom and tolerance towards others, seems to be sinking deeper and deeper into a quagmire of fear. The level of panic seems to be increasing, not least because of the commotion surrounding Salafism. The more Europe struggles, the deeper it drowns. After several attacks in Paris, Berlin and Brussels, one thing remains certain, Europe’s fear won’t decrease anytime soon. A fear that tends to cause irrationality and stereotyping, a capital mistake Europe sees itself increasingly confronted with.

A new Red Menace arose, this time from the southeast. Paramilitaries with a military beret, a stubble and a Cuban cigar no longer seem to play the role of ideological threat to the West. It’s the man with the full beard and long garb that fulfills today the character of persona non grata for the Democratic world. A report from the Coordination Unit for Threat Analysis, a Belgian governmental institute that coordinates the police and intelligence agencies, warned in 2017 for the rise of Salafi thought among Belgian Muslims. The report follows in the wake of earlier suggestions by the Belgian State Security Service and a myriad of experts to designate Salafism as a critical threat for Belgian society and a catalyst for extremism among Muslim youth.

The exaggerated, and often baseless, fearmongering has saddled the Belgian citizen with an additional feeling of insecurity and powerlessness. In what seems like a shadow of the long bygone Der ewige Jude, superficial warnings and groundless allegations seem normalized when it comes down to Der ewige Salafist. The commotion appears often enough to keep the matter in the center of attention, but is limited to mere outlines in order to not lose the short attention span of the common media consumer. A new kind of pigeonholing developed, to be able to put a label on this unknown enemy who is afflicting the West. Agendas are being pursued, interests protected, a new trend is born.

Pure oversimplifications and an intellectual laziness are symptoms of a society living in fear. The directives given to the local police of Antwerp in 2013 to look out for youngsters who suddenly grow their beard, wear specific garments and have a reduced presence in public, is a painful reminder of this evolution. Radicalization among Muslim youth is being projected unto Salafism, and through very shallow and narrow descriptions a new scapegoat is created. I realize that you’re probably fed up hearing the opinions and conclusions of all the Islamologists, terrorism experts and politicians carefully selected by the media, but I wish to present you with another point of view.

Strict adherence to the fundamentals

The term Salafism is a loanword from the Arabic word al-salafiyya. Salaf translates as ancestors or predecessors, and adherents of the Salafi school of thought express their intention to refer back as much as possible to the first generations of Muslims and their understanding of the religion. It is a conservative, puritan orthodox way of approaching and dealing with the principles of Islam, as it accepts only the Qur’an and the sunnah of the prophet Muḥammad as the sole authorities in matters of belief and law. As a result, Muslims who incline towards the Salafi methodology generally approach the Islamic creed through a literary reading of the relevatory texts, focusing on its ẓāhir (apparent) meaning.

In no way is Salafism to be regarded as a separate sect within Islam, let alone an independent denomination. It is an orthodox state of religious consciousness and a way to deal with the faith. Just like Sufism could generally be described as an esoteric, mystical and spiritual experience of the Islamic creed, Salafism could in the same way be described as a rigid, literally approach to the religion. “THE” Salafi, however, does not exist and I find it inconceivable how so-called experts jump on the bandwagon of generalizations and simplifications, which only leads to frustrations and mistrust within the Muslim Community. Indeed, when one denounces aspects of orthodox Islam by declaring them “radical” Salafism, controversy and heightened tensions will be lurking behind every corner. 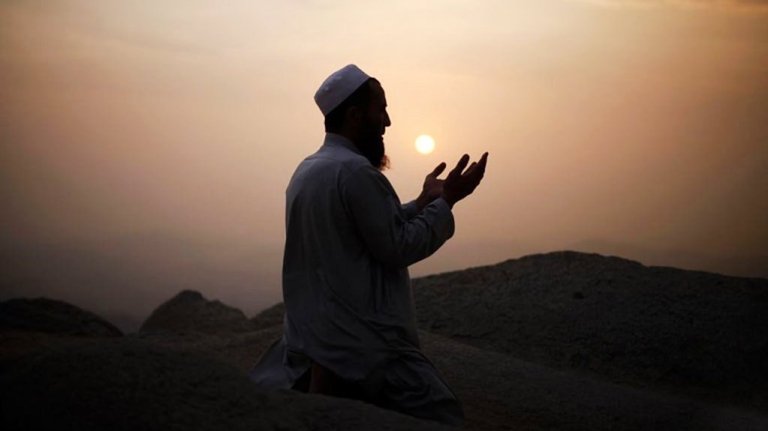 There should be room for dialogue at all times. When two sides with opposing or different world views meet, it’s even advisable to engage in a constructive and inclusive communication. Conversations on religion, integration and multiculturalism should be stimulated, and every involved group of people should be invited as much as possible to participate. The Belgian (but it could be extended to most of Europe) government makes, in my opinion, a mistake by keeping conservative, orthodox Islam out of this dialogue and by stigmatizing it under the label of Salafism.

Another fallacy in this whole debate is the equation of puritan orthodoxy with extremism. Through a deep-rooted system of ishtihād, or theological legal reasoning, Muslim scholars are stimulated to issue guidelines and advice whenever Muslims are faced with new situations, provided that none of Islam’s principles be jeopardized. In other words, these fatāwā allow Muslims to adopt themselves to any new context, in this case secular Europe with its Christian past, without compromising the fundamentals and creed of their religion. A simple example can be found in the execution of Islamic penal law. While every Muslim should believe that the consumption of intoxicants is a sin which is to be prosecuted by the religious authorities, contemporary scholars do not allow their fellow believers to take matters into their own hands and personally hand out punishments when there’s no legal Islamic framework available to organize the dealing with such crimes.

Extremism, or ghuluw, on the other hand, is cut from a whole different cloth. An extremist fundamentalist won’t accept ishtihād, except from a very select group of like-minded scholars, which ultimately results in the strictest application of any Islamic principle in its most narrow description on any context, without considering additional guidelines or opinions, even if issued by well-known and respected scholars. It’s safe to say that extremism is an enemy of conservative, orthodox Islam and shouldn’t ever be associated with it.

The Belgian government, however, twisted the dialogue into an existential duality between extremism and so-called moderate Islam. “Moderate Islam” is by now a term so overused by the government, it could apply for a patent to claim it. And there’s no living soul who knows what it exactly means. Does a moderate Muslim shave his beard or reject her ḥijāb? Does a moderate Muslim adhere to his faith, while at the same time being a loyal secular, liberal democrat? The term has become a tool in the self-declared war against extremism, but insinuates a bitter reality. A Muslim can only become accepted as a moderate believer when he or she measures up to the vague requirements of the Belgian government. 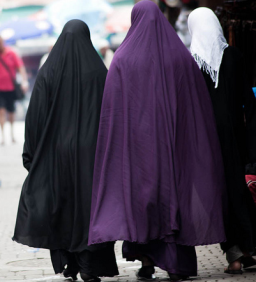 I feel like most Muslims aren’t exactly enthusiastically waiting to get the title of moderate Muslim assigned. Belgian IT-specialist and occasional writer Said Bataray wrote in an excellent column in De Morgen (DM 16/02/2017) that “the use of the term ‘moderate’ implies that Islam is naturally inclined towards violence and isolation”. I agree. Moderation is a tedious word, used randomly as a kind of quality control to label all layers of the Muslim population, banning most of them to that part of Islam that isn’t compatible with the European values.

Islam is a religion that calls itself moderate already. God says in the Qur’an in Chapter 2 Verse 143: “And it is thus that We appointed you to be the community of the middle way”. Muslims aren’t waiting for a government to label them and divide them between what is considered moderate and what is considered Salafi. This isn’t dialogue. It’s a neo-colonial stance of saying: “these are the good guys like us and those are the bad guys that should be assimilated.”

Religious extremism, and all forms of extremism for that matter, is not specific to any social group, but rather a characteristic of increased human depravity and corruption. The white, Christian extremists that laid waste to the American continent during the last couple centuries and indulged in the enslavement of black Africans and the genocide of the Native Americans, did so with a bible in their left and a cross in their right hand. And yet, the message of Jesus is free of both white supremacy over other ethnicities as well as the indiscriminate killing and massacring of those less advanced with regard to technological development.

Likewise, acts of violence or corruption by individuals who claim to base themselves on their interpretation of Islam can not be projected unto the religion itself. The causes of  religious extremism and radicalism aren’t rooted in the faith, but in the ignorance of the faith. For every extremist, a million others adhere to their religion within the bounds of the acceptable. The fact that the Belgian political class obsesses over Salafism in a futile attempt to point its arrows somewhere, anywhere, with the risk of losing sight on the real extremists, is incomprehensible. Can anyone really assume that the thugs and drug dealers of yesterday, like the perpetrators of the Paris and Berlin attacks, have gathered enough knowledge to be labeled puritan orthodox Muslim today? 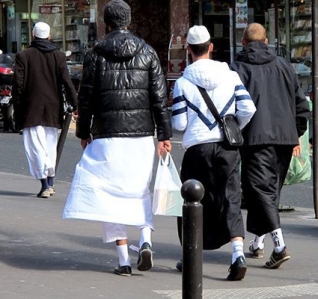 On the contrary, enough knowledge of Islam’s principles and fundamentals will allow youngsters to develop a better understanding and insight of what happens around them from an Islamic point of view. It guides them in their adaptation to new situations that require a certain understanding of the faith. When these orthodox youngsters are banned from any public dialogue, however, they will feel estranged from the societies they are part of.

The Belgian government needs to commit itself to true religious freedom. It should start investing in the acknowledgement of mosques, subsidization of Islamic schools, an increased governmental laissez faire with regard to religious matters and an end to the gesture politics aimed against established Islamic values. Such investments could contribute to the decrease of the discomfort currently felt among the Muslims of Belgium. Don’t engage in unilateral polemics against “THE” Salafism, but involve all, puritan orthodox as well, Muslims.

There exist other voices to talk about Islam than the usual talking heads that appear on TV. Sure, they might not necessarily say what people want to hear, but like Evelyn Beatrice Hall wrote in her 1906 book on Voltaire: “I disapprove of what you say, but I will defend to the death your right to say it.”